Every time the gate opens to welcome a new guest, descriptions come alive and images travel them to the corfiot way of life of that era. The estate's history becomes their own daily history...

It was the moment when the dream became a reality.

The twenty-hectare estate with its mansion, where grandpa Alexandros (great-grandfather of the current owner, Nikos Velianitis) lived with his family, has been transformed into a place of relaxation, without losing any feature from when it was first inhabited.

A history that had begun 150 years before, will be kept alive for many more.

The gate to the estate opened wide.

Images full of colors, flavors and aromas dominate and become etched to memory.

It was time to bring grand-father’s descriptions to life. Time to see the fields, the horses, the vines, the olive grove. The estate was finally ready to take them in.

Each year in September, everyone gathered at the vines to pick the grapes. It was the time of the vine harvest, the “Vedemia” as they called it. Wine was the first thing to come into the home, and after that, they took to all other agricultural work that would bring the crop and food for the winter.

In mid-autumn they started picking the olives, “La Raccolta”. It was a festive process, and indeed accompanied by music! Each bouloukaris (man) brought along five or six of his bouloukarisses (women) to help with the picking. During this process they sang in groups, competing with each other. Then olives were taken to the olive press, where everything was done with the help of horses.

It is a ritual followed to date.

During World War II, the estate enabled the family to grow wheat and have many animals like cows, sheep, chickens and bees. This way, they could produce milk, butter, honey, eggs, oil and wine. Goods that ensured survival during those trying times.

Many of the objects used at that time have been salvaged, like the green milk containers in front of the Loutrouvio building, the wine barrels in the reception, the olive press stones, the scales (balanza) used to weigh the hey, the “rampaouli” (hook and rope used to drop buckets in the well), the family monogram they used to mark the olive trees with, and some agricultural machinery used in the production of wheat.

One of the stories that Nonna Lina will tell you, if you are lucky to catch up with her in the evenings when she comes down to have her glass of wine at the bar, is that of an airplane, a Liberator, that went down in the field during the war. Grandfather hid the survivors for a few days in the estate’s Sagrado, where the dining room is today. There is also a thank you letter sent by the survivors to the family.

Every time the gate opens to welcome a new guest, descriptions come alive and images travel them to the corfiot way of life of that era. The estate’s history becomes their own daily history…

With countless spots for relaxation, Pelecas Country Club offers a trip to another era ... 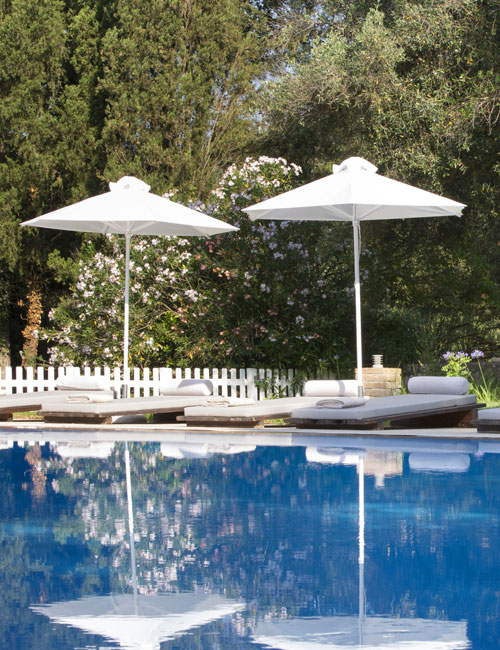 The buildings, tennis court, pool and bar are all surrounded by gardens giving out their scents, colours and memories created years ago by grandfather Petros ... 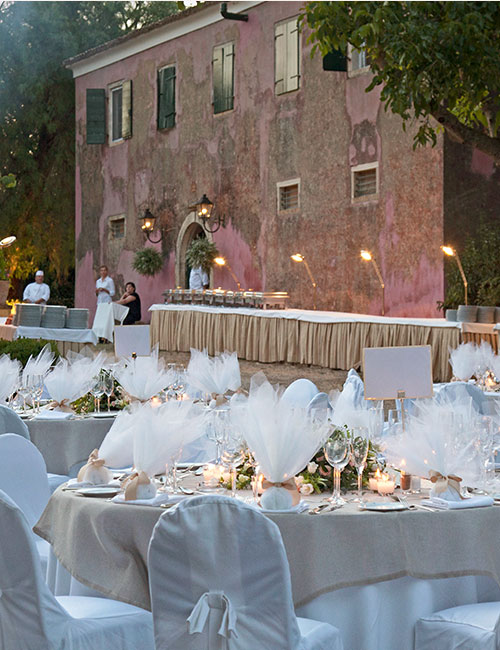 If you are planning a wedding in Corfu, Pelecas Country Club is the ideal place to hold the wedding reception, and also to accommodate the happy couple and guests. 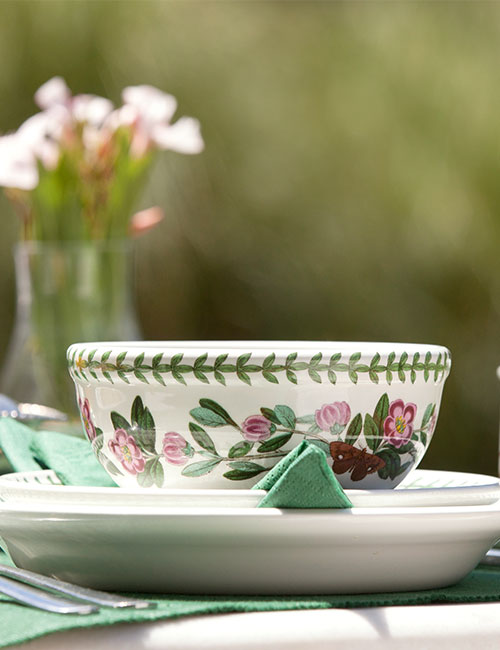